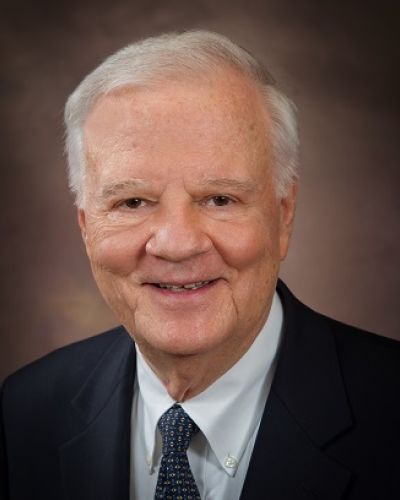 George Burrell joined Allegiance Capital as a Business Development Officer in 2016, bringing with him 30 years of expertise in business organization and development, and troubleshooting existing businesses. His career has been prolific and diverse, having helped salvage, grow and sell numerous companies in industries including aviation, oil and gas, medical, IT and more. George has a strong working knowledge in almost all aspects of running a small business, from organization and fundraising to daily operations and management, enabling him to closely relate to clients.

George’s early career included stints at Texaco and Texas Instruments, and he ultimately left the confines of big business to begin what he considers a lifelong journey of excitement and discovery in new business startups and reorganizations. In addition, George has a background in geophysics with a B.S. in Mining Engineering/Engineering Geophysics from Lehigh University and an MS in Engineering Administration from Southern Methodist University. He is a licensed Professional Engineer (Retired) and holds a Certificate in Meditation from El Centro Junior College.

George has been very involved in civic and religious organizations in his community, and has been heavily involved in both management and fundraising. He is the former President of the Dallas Homeowners League; Chairman of the Board of New Hope Community Church; Past President of the East Texas Crisis Center; Cancer Society of East Texas;  Sales and Marketing Executives of East Texas; and is the Founder of the Junior Achievement of Tyler, to name a few.

George has traveled extensively throughout the world, with experiences such as sleeping in jungle hammocks on the banks of the Chagres River in Panama, participating in a U.S. business contingent that placed a wreath on Ataturk’s tomb in Ankara, Turkey, flying on a bush plane into a small native village in Papua, New Guinea and playing golf in the Andes Mountains of Quito, Ecuador. He is happily married to his wife Connie M. Burrell with four children and seven grandchildren.