Published on April 16, 2015 by AllCap Contributor 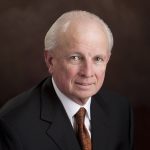 Fleet owners are always searching for ways to maximize ROI and minimize risk.  Selling a major portion of your business can position you to do just that. We like to call this using “Other People’s Money” (OPM).

However, if a successful fleet owner sells a major portion of their company, takes the proceeds of the sale and makes prudent investments, they can still be involved in the business, have a secure financial future for them and their family, and have the opportunity to maximize the ROI of their company investment as well.

Here is a real-life example.  A 22 year-old entrepreneur purchased a franchise store.  He worked hard, managed wisely and by the time he was 42 he owned 88 stores that generated approximately $5 million in annual profit.  Most owners would be thrilled to make $5 Million per year.

Recognizing that he needed to diversify his investments, and reduce his risk, he decided to sell his 88 stores.  He worked with an investment banker who identified a private equity group who purchased the company for approximately $25 million. After paying taxes, the owner netted approximately $22 million. Once again, most owners would be very happy to walk away with $22 million.

The buyer borrowed 65% of the purchase price or approximately $16.5 million, and invested $8.75 million of the firm’s funds in the company.  However, the original owner was not ready to walk away and wanted to remain actively engaged in his company.  Therefore, as part of the sale, he negotiated the right to buy back 40% of the company at the buyer’s invested cost.  This enabled him to purchase 40% of his original company for only $3.5 million, (40% of the $8.75 million they invested) and received undiluted stock in the new company.

The owner invested the $16 million; he netted from the sale, with a wealth management firm and has been earning approximately 10% annually in relatively safe investments.

The private equity group wanted to grow the new company. In less than three years, they provided the funding, resources and talent to grow the company to more than 350 stores and increased the annual profit to more than $30 million.  They are currently evaluating an opportunity that would add another 350 stores, bringing their total to 700 stores, making them the largest owner in the franchise, and perfectly poised to IPO or to be purchased by a large corporate buyer.

The owner of the original company has been actively involved in directing the growth of the new company and in its day-to-day operations. He has $16 million “in the bank” and he now owns 40% of a company that could be worth more than $80 million.  In five years this owner used other people’s money (OPM) to accomplish what would have taken him 20 years as an independent owner of the business, in perfect business conditions.

The private equity group also benefited from this transaction. They purchased a profitable, well managed business and realized the growth potential. They also realized they needed the original owner’s expertise and experience to realize the growth and profitability their investors demanded. They invested $5.25 million of their own funds, and could realize a 35% gain for their investors.

Using OPM is the ideal way to reduce risk and maximize ROI.  Selling your business, investing the proceeds with a solid wealth management group, and retaining part ownership enables an owner to secure their financial future, while using OPM to provide an opportunity for substantial future gains.

This blog post is done in partnership with Fleetowner, John Sloan, Vice Chairman at Allegiance Capital, is a featured investment banker on IdeaXchange launched by www.fleetowner.com