On April 10, 2015 the Texas Medical Board voted to adopt new rules that will limit physicians’ use of telemedicine capabilities−requiring an in-person evaluation, or a face-to-face consultation, to establish a doctor-patient relationship before a physician can diagnose or prescribe medication to patients. Altering the landscape of the healthcare industry in Texas, these new restrictions could present major obstacles for local telehealth companies.

The new restrictions don’t completely prohibit telemedicine in the state. Doctors can still treat patients via phone or video from a remote location under certain circumstances. These rules are not applicable to mental health visits−most likely due to a staggering psychiatrist shortage.

The TMB’s vote preceded a public hearing that took place on April 9, 2015. The new rules were formally approved along with the board’s vote and are set to take effect on June 3. The proposal for new rules has been a topic hotly debated over the past four years.

The Texas Medical Association and several other physician groups in Texas strongly supported the proposal for new restrictions due to concerns about patient safety. 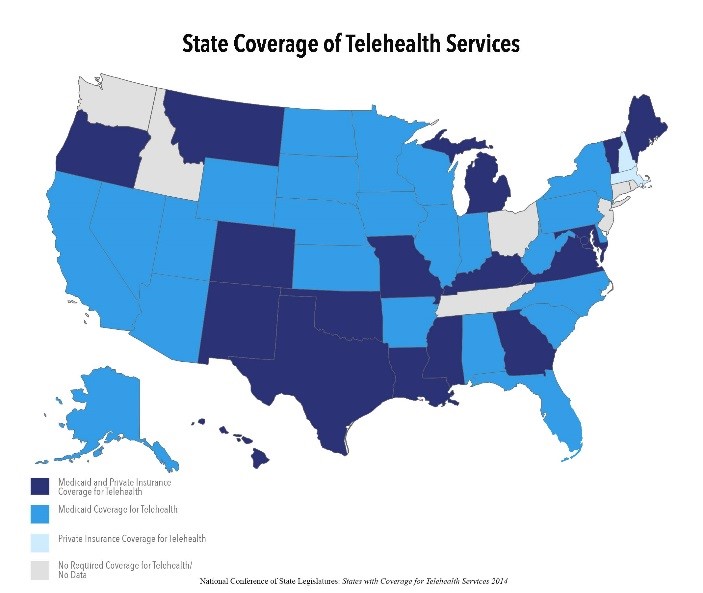 In a letter to the TMB, the association said that it “supports the use of telemedicine that can provide safe, high-quality, timely care,” but there must be safeguards in place “to protect patients and ensure telemedicine complements the efforts of local health care providers.”

Although these rules may have a negative impact on the telehealth industry in Texas, the industry as a whole seems to be gaining traction as telemedicine continues its rapid expansion. According to a report released by The American Telemedicine Association (ATA), there is an overall supportive policy landscape for the industry in the U.S.

As part of the 50 State Telemedicine Gap Analysis, the ATA compared telemedicine physician practice standards and licensure in each state assigning a grade based off the degree of policy barriers that inhibit the use of telemedicine.

By voting to loosen restrictions and requiring insurers to pay for telemedicine visits, several states are enacting policies in favor of extending telemedicine’s jurisdiction. The telemedicine industry is going strong despite the decision in Texas which won’t impede telemedicine’s progression on a national scale.

The new restrictions could mean bad news for telemedicine businesses in Texas, but the majority of the U.S. has accepted the telemedicine industry. Many predict that telemedicine will continue to see growth as more states implement laws supporting adoption and usage. As telemedicine practices gain more popularity among patients and physicians, the larger the role telemedicine will have in the future of American healthcare.