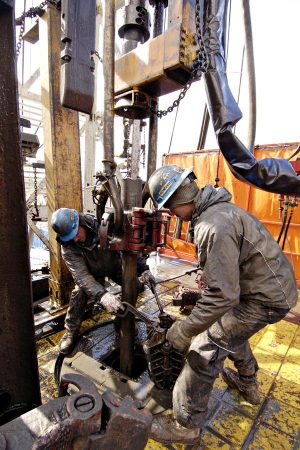 Natural gas prices, which dropped in recent years, likely will rise between 2015 and 2020 along with demand from those sources, according to the ICForecast Energy Outlook for the second quarter of 2014. ICF also expects natural-gas price volatility to increase through the end of the decade.

While activity in South Texas’ Eagle Ford has boomed because of its oil reserves, producers shifted activity away from the formation’s gas-yielding south as oversupply from domestic shales drove down prices for the commodity over the past two years.

Drilling also slowed in gas-dominated plays such as North Texas’ Barnett Shale as a result.

The U.S. petrochemical industry has been on a plant-building spree to take advantage of plentiful shale gas, and utilities are likely to build more gas-powered plants as federal regulations make older coal-fueled facilities more pricy to operate, according to the report.
Gas demand also is likely to grow in Mexico as a result of that country’s moves to liberalize its oil and gas industry.