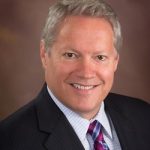 Sometimes a career in mergers and acquisitions just comes to a person. Sometimes, the person comes to an M&A career. And then there’s Brent Earles.

A senior vice president at the Dallas investment bank Allegiance Capital Corp., Earles has worked in industries ranging from telecommunications to software, has published 15 books with sales exceeding 1 million copies,  and is involved with his wife, Jane, in everything from humanitarianism in Kenya to youth equestrianism, including breeding and showing Arabian horses.

Perhaps not surprisingly, Earles kept busy at his day job at Allegiance last year. Working with a partner at the firm, Senior Vice President Fred McAllister, Earles helped execute a recapitalization of a Mesquite firm called Future Telecom, which provides construction services to the telecommunications and energy industries.

Along with five other deals involving companies based outside the Dallas-Fort Worth area, Earles helped shepherd a total of seven mergers and acquisitions to fruition in 2014. The total enterprise transaction value of those deals: $150 million.

“We market clients and sell them,” he says. “There is nothing to me quite like marketing a company.”

In his copious spare time, Earles likes working outside, such as gardening, as well as spending time with his family and going to Texas Rangers games. “I’m a little ho-hum fuddy-duddy,” he says.