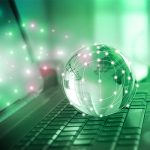 View this release on Yahoo Finance.

BPA, headquartered in Dallas, Texas, is a SaaS and services based platform that provides manufacturers and brands with the ability to monitor, manage and communicate with their online reseller channels.  Ansira, which is majority owned by Advent International, is one of the largest independently owned CRM and direct marketing agencies in the United States built to align brands, consumers and channel partners in today’s complex, rapidly changing business environment.

“The acquisition of BPA is a very exciting one for Ansira, as it enhances our through-channel marketing automation capabilities and allows us to bolster our digital and compliance monitoring offering – thus providing even more value to our clients at a local level,” said Adam Vandermyde, Executive Vice President of Operations at Ansira.

“BPA’s technology and management team along with Ansira’s resources and leadership create a powerful synergy that will propel the future growth of the combined businesses,” said Todd Viegut. “On a personal level, as one of the originating contributors of Tech Wildcatters, it is highly rewarding to be affiliated with BPA as an investor, a mentor, and an advisor both corporate and M&A, and firsthand participate in the entire lifecycle and success of the thriving tech company,” Todd added.

“I was extremely confident in Allegiance Capital’s ability to identify and consummate a transaction having worked with Todd as our company’s corporate development advisor and as a mentor in Tech Wildcatters,” said Jeff Borden, CEO of BPA. “Allegiance Capital understood the dynamics of our technology, the industry, and its players, and was a hands-on partner throughout the transaction process,” Jeff continued.

Allegiance Capital is an M&A investment bank that has been providing expert financial services to mid-sized, privately-held companies since 1998. Its specialty is representing privately-owned companies with annual revenues between $20 million to $500 million. Its clients are business owners, partners, families and entrepreneurs who want to sell their company, transition to new management, or bring on a financial partner to grow their business.

Founded 20 years ago and based in Dallas, TX, Allegiance Capital employs investment bankers who understand the challenges business owners face in running their business and can prepare those owners for the complexities of the sale process. Allegiance Capital also offers global reach through its membership in Globalscope Partners, an organization of international M&A Advisors.