David Mahmood has grown Allegiance Capital into one of the most active and dominant middle-market investment banks in the world.  Allegiance has closed on hundreds of transactions ranging up to $150 million in value, through their global network of deal professionals.  Their success can be attributed to Allegiance’s focus on maintaining an entrepreneurial mindset, but also to their embrace of state-of-the-art technology.

Allegiance is now poised for its best year ever complemented by the adoption of a firm-wide platform that has resulted in their ability to identify and close deals 20% faster, while doubling their documented pool of qualified buyers.

A serial entrepreneur, David created seven businesses in various industries, before starting Allegiance Capital.  Headquartered in Dallas, Allegiance has offices in Chicago, New York, Minneapolis and Monterrey, Mexico.  It also participates in Globalscope, a group of leading corporate finance and business advisors operating around the world, providing access to a larger pool of qualified potential buyers that many of its domestic competitors lack.

Since its launch in 1997, Allegiance has closed hundreds of middle-market transactions ranging in value from $10 million to $150 million in a variety of industries that include agriculture, business services, construction, retail, chemicals, energy services, healthcare, manufacturing, technology & telecommunications, and utilities.

Allegiance’s success stems in part from Mahmood’s experience and understanding of the entrepreneurial process. Many of the bankers and managers at Allegiance are former entrepreneurs, so they understand what it means to run a business. 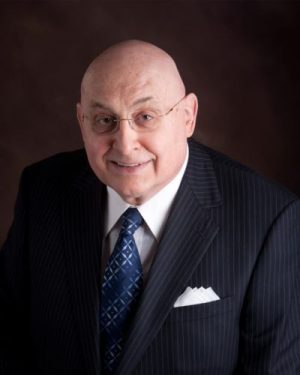 They are also very tech-savvy and understand how good technology and timely information makes the difference in a sale negotiation.

Allegiance had gone through a period of rapid expansion and grown to have multiple offices with experienced deal professionals spread across North America.  Future growth demanded that they provide a centralized platform for managing deal activity, while empowering their team to leverage all of the firm’s resources.  Allegiance’s leadership team realized that not having the processes and technology to manage and track all deal activity could cost the firm dearly.

Miss out on a key detail or overlook a prospective target and a potentially lucrative deal could evaporate.

The implementation of a firm-wide deal management and CRM platform would require an “easy to utilize” interface for busy deal executives, complete visibility for management and the ability to integrate with the tools and databases that the industry depends on.  The ideal solution would also need to leverage the processes that have made Allegiance successful while implementing industry best practices into every area of the firm.

Allegiance first picked and implemented the Salesforce CRM. While Salesforce provided a foundation for tracking prospects, the bigger challenge continued to be coordinating the enormous amount of activity on each deal and the large number of potential buyers. A related issue centered on a need to tailor the system around Allegiance Capital’s time tested M&A process.

In early 2014, Allegiance turned to Navatar, a platform built specifically for investment banks, which resides on Salesforce. Navatar M&A was implemented throughout the firm to support the most critical functions – marketing, buyer tracking, deal management and activity tracking.

Navatar’s workflow tracks the details of all activities and participants on each deal, not only making the process efficient, but also building an institutional memory that is priceless for the relationship-based business Allegiance is in.

With that information readily available, the bankers at Allegiance can create uncompromised opportunities for their clients, by leveraging all available intelligence on targets. Senior management, armed with real-time information on active deals firm-wide, can play a more strategic role in bringing all deals to fruition.

The transition to Navatar was eased by a Customer Success team consisting of experienced industry professionals, who work at the pace that the industry and the client demands. With a deal just months after installation, Navatar has already been through a trial by fire. While using Navatar, Allegiance closed the sale of one of their energy service companies. When Allegiance came across another opportunity to sell a similar business just a few months later they brought it to a quick close.

Allegiance has been gearing up for more deal activity in 2015. The firm has not only doubled the number of financial and strategic buyers cataloged in their CRM system, it has significantly expanded its intelligence on those buyers, including their deal activity. With Navatar, Allegiance is better able to provide its clients real-time visibility into their deals, and fully engage them in the process.

“Good technology equates to better intelligence, which is key to getting our clients in front of the right buyers at the right time,” says Shane Mahmood, Vice President of Operations at Allegiance. “Navatar helps us close deals 20% faster, giving us a huge competitive advantage.”