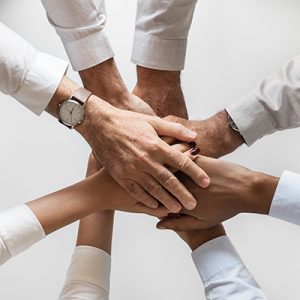 View this release on MarketWatch

Shane joined Allegiance Capital in 2012 after completing a tour of duty in the United States Army where he served in the 101st Airborne Division during Operation Iraqi Freedom. Upon completing his degree in finance from Cameron University, Shane joined Allegiance Capital’s Business Development group. Shortly thereafter, Shane was tasked with modernizing the company’s business development IT platform.  In his seven plus years with Allegiance Capital, Shane has held a variety of positions with the firm, each with increasing responsibility.  Specifically, he has held such positions as Director of Business Development, where he was instrumental in developing the backbone of Allegiance’s modernized IT platform that synthesizes a wide array of proprietary and third party research and data products.  Most recently, Shane held the position of Senior Vice President of Sales Operations where he managed the business development services group, marketing and public relations departments and oversaw the firm’s cloud services utilization.  His ability to work with the firm’s in-house business development personnel to develop prospects as well as work with the private equity and strategic acquirers to locate deal flow was clearly instrumental in Allegiance Capital being ranked 5th among regional investment banks in 2018.

Eric Kern joined Allegiance Capital as a Vice President in 2006. He has over 20 years of experience in investment banking and commercial banking. During that time he has facilitated, advised, or closed on over $850 million in transactional value involving privately-held and closely-held businesses.  Additionally, Eric has led and closed several international sale transactions as well as public company strategic acquisitions. Prior to Allegiance Capital, Eric spent 11 years with Bank of America and other national and regional banking institutions where he was consistently recognized among the top 5% of his peer group. Eric holds an MBA from Washington University in St. Louis where he was distinguished among his peers for the Highest Award for Achievement for demonstrating intelligence, integrity, loyalty and high standards of personal conduct; he holds a BS in Finance from Southern Illinois University where he graduated summa cum laude and was recognized by the faculty as the outstanding finance student.

George Burrell joined Allegiance Capital as a Business Development Officer in 2016, bringing with him 30 years of expertise in business organization and development, and troubleshooting existing businesses. His career has been prolific and diverse, having helped salvage, grow and sell numerous companies in industries including aviation, oil and gas, medical, IT and more. George has a strong working knowledge in almost all aspects of running a small business, from organization and fundraising to daily operations and management, enabling him to closely relate to clients. Prior to Allegiance Capital, George was the Founder and President of a regional oil and gas operator and producer with over 150 wells in Kansas and over 70 wells in Texas. George sold his company in 2014 at the peak of the market just prior to the oil market decline of 2014-15.

“Allegiance Capital and its Board of Directors are pleased to welcome Shane to the firm’s executive suite and congratulate Eric’s and George’s promotions on the investment banking team,” said Connie Mahmood, Co-founder and Chairperson at Allegiance Capital. “The wealth of experience and execution excellence from our team members provides us the human capital required to help privately-held and closely-held companies achieve their business succession and financial goals.”

Allegiance Capital is an M&A investment bank that has been providing expert financial services to mid-sized, privately-held companies since 1998. Our clients are business owners, partners, families and entrepreneurs who want to sell their company, transition to new management, or bring on a financial partner to grow their business. Allegiance Capital employs investment bankers who understand the challenges business owners face in running their business and can prepare those owners for the complexities of the sale process. Allegiance Capital also offers global reach through its membership in Globalscope Partners, an organization of international M&A Advisors.