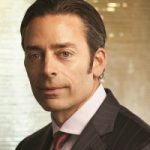 The drop in oil prices is affecting M&A throughout the energy landscape and in other industries. The consumer goods and retail sector, for example, is getting a boost from increased household income. For many experienced energy investors, the news is also good.  “The downdraft creates phenomenal opportunities for energy investors,” says David Capobianco (pictured), co-founder of Five Point Capital Partners, a middle-market private equity firm focused on midstream energy deals. “Buying assets at this point in the cycle creates asymmetric upside.” (See related graphic.) Here are five ways in which declining fuel prices are changing the middle market.

At the end of 2015, Five Point Capital Partners held a final close of $450 million for its Five Point Capital Midstream Fund. The firm had a compelling offering: to complete transactions of up to $50 million in the midstream energy infrastructure space. “There’s less competition in the space, and these management teams are less sophisticated and often need a partner,” says Capobianco. Previously, Capobianco served as co-head of the private equity firm Vulcan Capital, the direct investment arm for Paul Allen, co-founder of Microsoft Corp. (Nasdaq: MSFT).

Capobianco and his team marketed Five Point’s offering for 15 months. He says he experienced an interesting bifurcation among limited partners during this time. Five Point visited three types of LPs: those that understood energy markets and wanted exposure to the sector; LPs that did not have energy as part of their core strategies, but still wanted exposure to the sector and those that wanted to learn more about the oil sector but were less eager to jump in.

“At the beginning of the process I would have thought that we would have an equal number of constituencies from the three buckets. However, as prices fell things changed,” says Capobianco. “The information gatherers just went away, and the group that had wanted exposure but were unsure of the industry pulled back.”

The LPs that had known less about the industry but wanted to commit were expected to make up about 30 percent to 40 percent of Five Point’s new fund. However, that group is only about 20 percent of the fund, while the LPs that had vast industry knowledge got more excited about investing with Five Point as oil prices continued to drop. The firm wound up doubling the size of its fund in the last six weeks of 2014 because this group of LPs wanted even more exposure to the sector.

“The core group of energy sector investors increased their position, recognizing the opportunity, and many of them increased their commitment to our fund multiple times. As prices fell they recognized that the risk/return proposition improved,” says Capobianco, who is ready to take advantage of companies that need to sell off non-core assets as drilling slows due to the excess of available oil.

The Houston, Texas-based firm isn’t the only private equity firm readying itself for the selloff. Small and large buyouts firms alike are raising capital from eager LPs to buy oil assets at a discount.

fund, and at the end of 2014 Warburg Pincus launched a $4 billion energy fund.

“If you are an LP and you understand the energy market, you are excited about it,” says Murphy Markham, a managing partner with EnCap Investments LP. 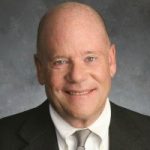 Because of the stress on many of the strategic exploration and production companies, private equity firms are expected to be the majority of the buyers today. Stephen Schwarzman, Blackstone’s chief executive, remarked at the end of 2014 that the upheaval would be a “wonderful, wonderful opportunity for us.”

Private equity firms have raised $157 billion since 2009 to invest in energy, according to Preqin. And they’re raising more capital, including $32 billion collected by 33 funds in 2014.  “The public companies have a lot of debt; the master limited partnership prices are deflated. Private equity firms are emerging as the buyers of these assets,” says Markham. In March, Carlyle Group agreed to buy Sterling Resources’ Romanian gas fields for $42.5 million, while EnCap Flatrock Midstream–Encap’s midstream platform– provided $750 million in equity commitments to Moda Mistream, a logistics company that provides independent terminal, storage and distribution solutions to refiners, petrochemical manufacturers, marketers and producers of crude oil.

The good news is that most private equity firms are prudent, which means prices aren’t likely going to be bid up. This could create a new norm. “There a new normal coming into play. It’s not all hitting yet, but there will be a ripple effect,” Mike McMahon (pictured), a managing director from Pine Brook Partners. “Greater M&A activity will absolutely happen, and lots of private equity firms will remain involved because they realize now is the time to buy.” 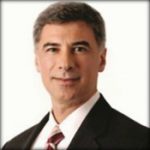 Deflated oil prices have caused valuations of exploration and production companies to drop dramatically. The business model for these companies is to buy acreage to drill continuously. “They use revolving loan facilities to do this. In an environment of high valuations, as we recently had, companies would take advantage of this and issue long-term debt to fund activities,” says Mike Lorusso (pictured), managing director and group head of CIT Group Inc.’s (NYSE: CIT) corporate finance division, energy. “The bank revolvers are issued based on the value of their producing reserves. Typically the borrowing base grows, but when production slows and prices drop, the borrowing base shrinks.”  Borrowing bases have indeed shrunk, which means that some energy companies must repay the difference between outstanding revolving credits and their smaller borrowing bases. These companies are looking at a variety of ways to repay the debt, including selling off assets.

“When capital was cheap and available, producers were moving down a path of building their own infrastructure. But now, in a capital-constrained world, they need to focus available capital and liquidity on their core strategies. Upstream producers are challenged right now and likely will be for the next two years,” says Capobianco. “There are definitely opportunities for us to build great businesses in this environment.”

Sell-offs have already begun in the private market. Goodrich Petroleum Corp. (NYSE: GDP) had been

exploring options for all or part of its Eagle Ford shale assets after losing a significant portion of its market value since oil prices dropped. The company had about $610 million in debt at the end of September 2014. In March 2015, the company closed on senior secured notes due in 2018. Proceeds from the offering totaled about $98 million. The company also closed on a public offering of 12 million shares of stock for about $50 million. The company intends to use the proceeds from the offerings to repay debt under its credit facility.

Regulators could cause lenders to pull back even further. The last time oil prices dropped was in 2008, and the many problems facing the U.S. economy made it hard for regulators to focus on one industry. Today the U.S. economy is stable and most industries, except for oil, are growing.

“The world was falling apart in 2008, and the regulators had so many things to focus on with the real estate market and the collapse of Lehman Brothers. Even though there are minimal losses in the oil industry today, regulators are more focused on the banks’ lending to E&P companies because they have the time to be more focused on the issues,” says Markham. “It’s hard to know how bright a light they will shine on the industry and how severely banks will react to the regulators’ interest.”

The excessive supply of oil has left upstream oil and gas companies with less need to drill, debts that need to be repaid and a lot less revenue coming in. To right-size their companies for today’s environment, oil and gas companies have looked to the M&A market. According to data from Evaluate Energy M&A database, the total value of upstream oil and gas M&A deals reached $37 billion in the fourth quarter of 2014, an increase of $2 billion from the third quarter. These numbers are expected to continue to increase. 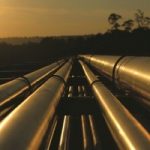 The upstream sector typically includes companies that are searching for underground or underwater crude oil and natural gas fields, as well as drilling, operating the wells and bringing the natural gas to the surface. The midstream sector involves the transportation, storage and marketing of oil.

Plenty of companies are taking advantage of upstream companies that are in need of cash. In February, shareholders approved Repsol SA’s acquisition of Canada-based Talisman Energy (NYSE: TLM) for a total value of $13 billion, which included $4.7 billion of debt. Repsol is Spain’s largest energy company.

In October 2014, Chevron Corp. (NYSE:CVX) reached an agreement to sell 30 percent interest in its Duvernay shale play to Kuwait Foreign Petroleum Exploration for $1.5 billion. The Duvernay shale is located in Alberta, Canada.

It’s important to note that not all companies are in distress, but some realize that they need to refocus on core strategies to survive the downturn. “Some upstream companies don’t have the cash flow anymore because of the drop in oil prices, so they are looking to sell non-core assets and use the capital to keep delivering on their core strategies,” says Markham.

In February, Energen Corp. (NYSE: EGN) sold most of its gas assets in the San Juan Basin to an undisclosed company for $395 million. The assets included 985 wells on about 200,000 acres.

Energen is expected to use the proceeds from the sale to fund its activities in the Permian Basin in Texas and New Mexico. “Energen isn’t under duress but wants to continue to drill, and this move allows them to do that. It made sense,” says Markham. 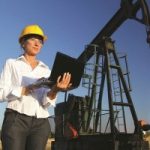 Despite the struggles of upstream energy companies, midstream companies are strong. In addition to being able to pick up assets shed by upstream companies, there is still plenty of work for the midstream players because, while the shales and basins have been developed, the pipelines, rail lines and infrastructure lag behind.  “This business is alive and well as there’s still a need to gather and transport all the oil that is being produced. The pipelines and rail lines, as well as midstream players, are playing catch up,” says Lorusso.

For example, in the Marcellus shale, which stretches from New York and Ohio to Pennsylvania and Virginia, there are plenty of reserves, but no ability to get the product to market. “There is tremendous opportunity to build pipelines, get that gas out of the basin, process it and get it to market. Even in the developed basins and shales, there’s a need for new infrastructure. There’s opportunity near-term and mid-term for midstream buyers to help facilitate this,” says Markham.

There have been plenty of healthy midstream deals recently. Five Point has already bought half of Twin Eagle Resource Management LLC from Chesapeake Energy Corp. (NYSE: CHK) and LS Power Group for an undisclosed sum. The firm committed $200 million along with the Blackstone Group’s GSO Capital Partners LP and management to fund the company’s growth. Twin Eagle focuses on crude oil infrastructure and gas and power marketing with assets in the Bakken, Niobrara, Eagle Ford, and Permian basins. The Bakken shale is located in Montana and North Dakota. The Niobrara is located in Colorado, Kansas, Nebraska and Wyoming, and Eagle Ford is located in Texas.

“We look forward to lot of deal making in the midstream space. It’s an exciting time to be an energy investor,” says Capobianco.